Remarkable stories about cats come from all corners of the world.
Share your story with us here and upload your favorite photos!

Remarkable stories about cats come from all corners of the world.
Share your story with us here and upload your favorite photos!

Looking for some kitty litter?
Shop online at the Finicky Feline Store.

The term "hypoallergenic" refers to something that is less likely to cause an allergic reaction.  To understand what a hypoallergenic cat breed is, let's first look at what causes people to be allergic to cats.

Contrary to popular belief, it is not cat hair itself that causes an allergic reaction, but rather a protein found in cat saliva, urine and dander.  This protein, called Fel d 1, is transferred from the cat's saliva to the cat's coat when a cat grooms itself.

Dander is minute flakes of skin cells that can be found on the cat's coat.  The protein Fel d 1 stick to these flakes and become airborne, causing an allergic reaction when inhaled.

Symptoms of cat allergies can include red, itchy eyes, coughing and sneezing, a rash or hives and redness around the area where a cat has licked or scratched a person.

Below is a list of these different cat breeds. 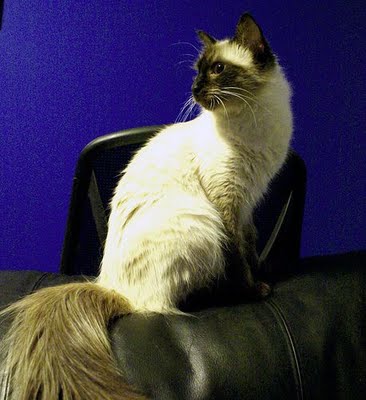 Even though it is a long haired cat, the Balinese cat breed produces less of the Fel d 1 protein, making an allergic reaction less likely.

More on the Balinese Cat Breed 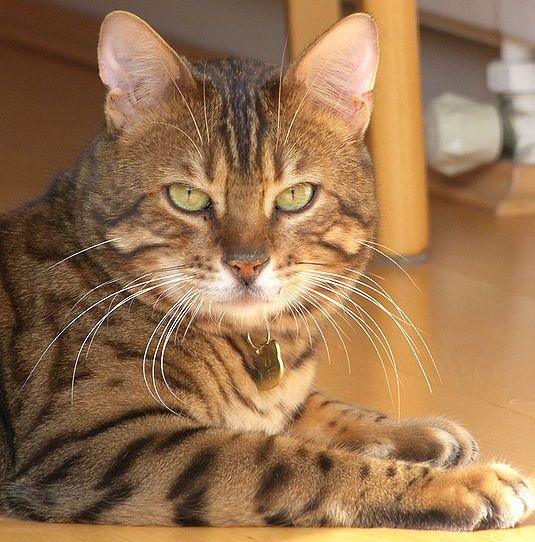 The Bengal cat breed has short, dense fur that does not shed much or require much grooming.  As a result, less of the allergen is distributed and less dander is shed.


More on the Bengal Cat Breed 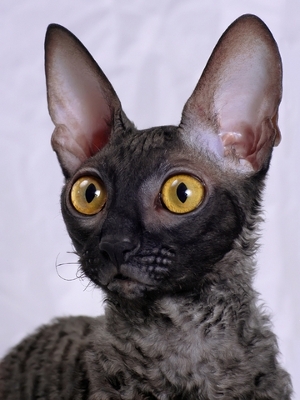 The Cornish Rex cat breed has only a soft undercoat of down hair instead of the usual three types of hair that make up a cat's coat.  As a result, the Cornish Rex does not shed as much dander.

The Devon Rex has a similar coat to that of the Cornish Rex which means that less of the protein Fel d 1 is shed. 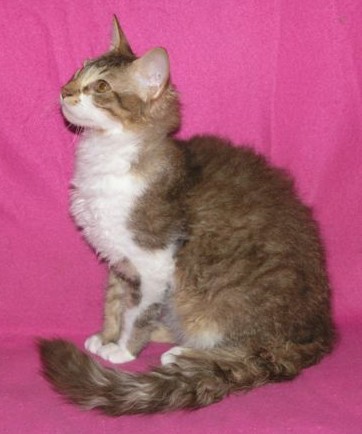 The La Perm cat breed has a unique curly coat and because they tend to shed less, there is less dander that can cause allergies.

More on the La Perm Breed 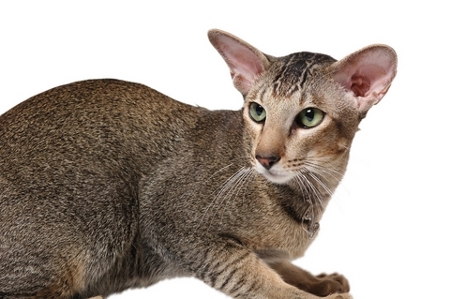 The Oriental shorthair cat breeds all have a very short, fine coat with minimal shedding which makes them an ideal feline companion for someone with cat allergies. 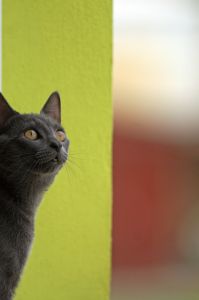 The Russian Blue Cat Breed produces less of the protein Fel d 1 and therefore someone suffering from allergies could potentially have a less severe reaction to this stunning cat breed. 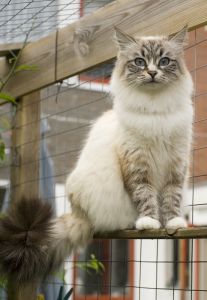 The Siberian Cat Breed is known for its luxurious, thick coat and would probably be the last cat breed to think of when considering a hypoallergenic cat breed.  The reason this different cat breed is on the list is because the Siberian produces less of the Fel d 1 protein.

More on the Siberian Cat Breed 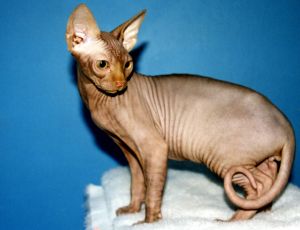 It's not surprising that the Sphynx cat breed is on the list of hypoallergenic cat breeds.  It's a misconception though that Sphynxs cats are hairless.  Instead, they have what is called down hair - soft, peachy fuzz that gives them the appearance of being "naked."  The only reason that the Sphynx cat breed could be considered a hypoallergenic cat breed is because this breed needs regular baths to keep their skin in good condition.  This prevents the build-up of dander and could cause less of an allergic reaction in some people.

More on the Sphynx Cat Breed


Would you like to know what breed your cat is?